Why You Need to Know About Negligence Per Se 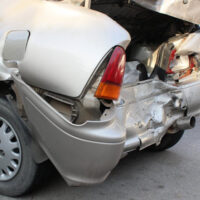 If you have been involved in a Florida vehicle accident that was not your fault, there’s a good chance that it was caused by another driver’s negligence. You may or may not be surprised to learn that the vast majority of car accidents are caused by driver negligence, such as speeding or driving under the influence, as opposed to other factors like inclement weather. In most personal injury cases, the claimant is first required to prove that the other driver was indeed negligent. This involves demonstrating to the jury that the other driver breached their duty of reasonable care to other drivers on the road. However, in cases where the other driver can be shown to have been in violation of a Florida traffic statute, this negligence is automatically presumed. This is known as negligence per se, or negligence as a matter of fact. In other words, it is simply obvious that by violating a traffic law intended to protect other drivers the individual acted unreasonably, and their negligence will be presumed without the other party having to establish it.

How Negligence Per Se Can Help Your Personal Injury Claim

If you are able to demonstrate that the other party involved in your crash was in violation of a Florida statute designed to protect people like you, you have succeeded in establishing negligence per se. This will save you valuable time and money that would otherwise go to litigating this point in court. This also significantly increases your odds of success, not only because you have half as many elements to prove, but also because you have created a presumption that is incredibly difficult to overcome.

Does Negligence Per Se Apply to My Claim?

If you were involved in a car accident that was not your fault and the other driver violated a Florida statute–for instance–by speeding, driving drunk or under the influence, ignoring a stop sign, or driving through a red light, then negligence per se applies to your claim. If the other driver received a speeding ticket or a ticket for a traffic violation or was charged with DUI this will serve to strongly support your claim. However, even in cases where no additional charges were filed you can still allege that the other party was in violation of a traffic law. However, the burden will fall on you to establish that, which can be much harder to do after the fact. Security camera footage and dashboard camera footage, as well as witness statements and any footage or audio that you recorded at the scene of the accident can all help to establish that fact. For instance, if the driver can be seen speeding and driving erratically on camera footage or was seen by witnesses, or if you have footage of the driver slurring their speech after the accident, this can all help to establish a violation. Of course, if you suspect that the other driver was driving under the influence it is always best to tell police at the time so that they can properly test the driver and document everything.

If you have been involved in a wreck, the experienced Kissimmee auto accident attorneys at the Draper Law Office are ready to help fight to get you the compensation that you deserve. Contact us today to schedule a consultation.