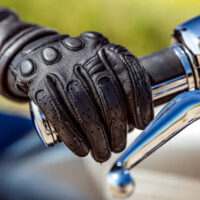 A fatal motorcycle crash on Wetherbee Road near Sawgrass Plantation Boulevard earlier this week left a 20-year-old Kissimmee man dead. The man was killed while riding his motorcycle around 10:30 p.m. According to reports, the motorcyclist was riding west on Wetherbee Road when a 2021 Ram pick-up truck turned left, abruptly entering the motorcycle’s path. The motorcycle was unable to avoid colliding with the truck, and when it hit the side of the pick-up truck, the motorcycle erupted in flames. The motorcyclist was tragically killed as a result of the accident. The 48-year-old driver of the pick-up truck was not injured. The investigation remains ongoing, and the police have not announced charges against the driver. However, it seems that charges may be likely, as it appears to be the truck driver’s negligence in not checking the lane next to him (including his blind spots) before making a turn. This is a shockingly common cause of motorcycle-vehicle collisions.

Motorcyclists are 27 times more likely to die per mile driven than the driver of a standard passenger vehicle. It makes sense, as motorcyclists have no protective structure surrounding them to protect them, so fatalities are almost more the rule than the exception. The number one cause of motorcycle accidents is vehicles not noticing motorcycles on the road. This can be due to glare, obstruction, or recklessness on the part of the driver. Motorcycles are small and often hard to see as they can occupy driver’s blindspots. For this reason, a common cause of collisions with motorcycles is cars making left-hand turns. These kind of accidents account for 42% of all accidents between a motorcycle and another vehicle. In the majority of these kinds of accidents, the turning vehicle will be found responsible for the collision. This can be caused due to speeding, negligently changing lanes without checking blindspots, distracted driving, and other conditions. However, in some circumstances, the motorcyclist will also be found at fault. For instance, if the motorcyclist was speeding, traveling in the wrong lane, or driving without headlights on at night, they may be found at least partially at fault for contributing to the accident.

Head-on collisions are another common kind of motorcycle accident, accounting for 56% of all deaths in motorcycle accidents. These collisions are often fatal for the motorcyclist as they can be crushed by the vehicle or thrown into the air. The fact that these injuries often occur at high speeds, such as on highways, increases the likelihood of death and serious injuries. Lane-splitting is another common cause of motorcycle accidents. This happens when a motorcycle drives between lanes of traffic, for instance, in a traffic jam. This is dangerous to do because it seriously cuts down on the margin for error, meaning that because there is so little space between the cars and the motorcycle that almost anything can go wrong.

Talk to a Lawyer

If you have been injured, contact the Kissimmee motorcycle accident attorneys at the Draper Law Office for a free consultation.

By Draper Law Office | Posted on August 5, 2021
« Operation Best Foot Forward partners with law enforcement ahead of upcoming school year
Can I Sue For A Florida Accident If It Was Partially My Fault? »