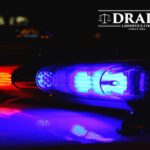 A 55-year-old bicyclist was fatally struck on Friday in a hit-and-run crash in Orange County, according to the FHP. A vehicle described as a red 90s model Jeep Cherokee was driving north on Pine Hills Road in the left turn lane, while a bicycle, powered by a motor, was heading south on Pine Hills… Read More »