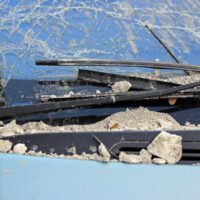 The Golden Link Hotel in Kissimmee was the scene of a tragic accident in the early morning hours of Christmas Eve. The crash occurred when a Kia sedan carrying five people crashed into the side of the Golden Link Hotel. According to Florida State Troopers who investigated the scene, the vehicle, which was being driven by a 32-year-old man, had been traveling south on Vineland Road when it crossed I-92 and drove into the side of the hotel. Two female passengers, an 18-year-old and a 31-year-old, were pronounced dead at the scene. Three other passengers were transported to a local hospital. The driver was not killed in the crash and charges are currently pending against him, although they have not officially been announced. The investigation into the accident continues, as the victims’ families process what has transpired.

Suing if You Are Injured as a Passenger in a Car

Drivers have a duty of care to everyone else on the road, and that includes the passengers in their own vehicle. If a driver engaged in negligent conduct, such as driving under the influence, driving erratically, speeding, or violating any driving law or regulation, and harm resulted to others as a result of their negligent actions, those individuals can bring a civil lawsuit to recover for the harm that was caused, even if they were a passenger in the vehicle. A successful personal injury lawsuit will allow an injured passenger to recover all financial damages associated with their injury. While nothing can keep the car accident from happening, a civil lawsuit can help by restoring the victim to the position they would have been in financially had the accident never occurred. This includes compensation for all medical, treatment, and rehabilitation expenses, as well as all anticipated future care expenses, lost wages, lost earning potential, and compensation for pain and suffering. In the event that the victim’s life was lost in the accident, their family or personal representative can bring a wrongful death lawsuit against the responsible party on their behalf. This functions much the same way a personal injury lawsuit would, were the victim still alive to bring suit themselves. A wrongful death lawsuit can also provide coverage for emergency medical expenses, funeral expenses, loss of consortium, and other expenses. If you are unsure about what kind of compensation you are entitled to, or you would like a more specific idea, talking to a lawyer can help you determine what your claim may be worth.

Talk to the Draper Law Office

If you or a loved one have been seriously injured in a car accident, the experienced Kissimmee car accident attorneys at the Draper Law Office are ready to hear your case and determine the best path forward. We will fight to hold the responsible party accountable and ensure that you get the maximum amount of compensation that you are entitled to. Contact the Draper Law Office today to schedule a consultation.

By Draper Law Office | Posted on January 27, 2022
« Did A Car Accident Ruin Your Christmas?
Florida Brightline Train Accidents On The Rise »