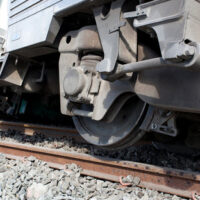 The Brightline Train is a popular way to get around for many Floridians, and many people were happy and relieved when it reopened in December. However, since reopening just over a month ago, the Brightline Train has been involved in a shocking five collisions. Such a high number in a short period of time seems jarring, until you consider that the train has previously been responsible for at least 50 fatalities. In fact, on the very first day that Brightline resumed operations in December it hit a vehicle driven by a 71-year-old woman, which also contained her young grandchild. Luckily, both survived the accident.

The Associated Press has stated that the Brightline has more fatalities per mile than any other railway in the United States. The president of Brightline insists that the majority of the accidents involving the Brightline train are due to motorists ignoring the signal to stop, or pedestrians or bicyclists who underestimate the train’s speed and believe they can make it across the tracks in time. Because the train can travel over 100 miles per hour and is one of the fastest trains in the United States, it can really sneak up on you. Brightline claims to have invested approximately $10 million in red-light cameras and better crossing signals. However, there have also been instances where the train’s signal to motorists has failed to function as intended, giving them no indication to stop, and allowing them to proceed unimpeded only to be stuck by an oncoming high-speed train. In a case that happened just today, an SUV became stuck on the tracks and the train was unable to stop in time to avoid a collision. The crossing arm that is meant to stop vehicles from driving on to the track actually impaled one of the passengers. The passenger had to be removed from the vehicle by emergency responders and was transferred to a local hospital for treatment. Two other passengers in the vehicle were able to get out of the car themselves. Last week, two people were killed when the Brightline struck their car, causing it to roll over several times down the track. In another incident, a pedestrian was killed while walking along the railroad tracks. However, so far none of these accidents have been attributed to the fault of Brightline or its employees.

Can I Sue if I am Injured by the Brightline Train?

The Brightline train is privately owned and can be sued if you suffer an injury due to negligence on the part of the railway or its employees. Railway lawsuits can be complex and may operate on a different timeline than other personal injury lawsuits, so it’s best to consult with an attorney as soon as possible.

Schedule a Consultation with the Draper Law Office

If you have suffered a serious injury due to a Brightline train or other railway accident, the experienced Kissimmee personal injury attorneys at Draper Law Office are ready to fight to get you the compensation and support that you are entitled to. Contact the Draper Law Office today to schedule a consultation and find out how we can help you.