<![CDATA[ <p>When it comes to divorce, the division of material assets is one of the most difficult and emotionally charged negotiations after child custody. 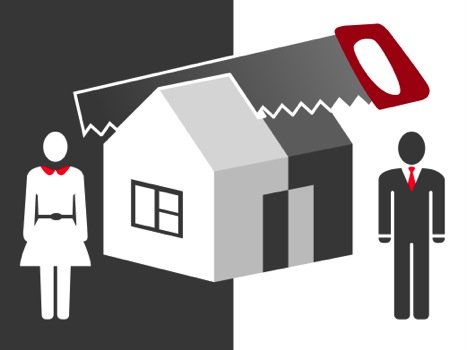 But take note that “equitable” and “equal” don’t mean the same thing. In Florida, marital property will be divided fairly, regardless of how title is held. There are several factors the court considers before deciding how to equitably divide assets.

Do You Need a Divorce Lawyer?

Generally, yes. A court will certainly accept a divorce settlement that isn’t overseen by attorneys if they believe that it’s equitable. But often, what was originally an amicable divorce turns ugly once custody, alimony and division of property are brought up.

Additionally, consulting an attorney might help you have a better understanding of what truly is equitable. Oftentimes, you think you’re getting a fair deal until you realize there are factors you hadn’t previously considered (at which point it might be too late).

There are also a slew of little things that may affect your divorce that qualified divorce attorneys can protect you from.For example, if your spouse owns property that was technically considered separate property, but it gained value because of funds that were marital property (for example, a joint checking account or credit card), you may be entitled to some portion of the separate property’s value.

If you’re the one who owns separate property and used marital funds to pay for costs associated with it, you also may be subject to having that considered marital property.

Additionally, some assets are difficult to divide. If you own a home, the court may determine its most equitable to require you to sell the home and divide the profit, but they may decide it’s more fair to allow one of you to stay there for a specific period of time (especially if children are involved) and then sell the home. But exactly how they deal with it depends on your unique circumstances.

Bottom line: If you’re in the midst of a divorce, it’s best to contact a qualified Orlando divorce attorney before making any negotiations. At Draper Law Office, we’ll give a totally free, no-obligation consultation so you can be comfortable you’re making the right decision. Just give us a call at 866-767-4711.>

By Draper Law Office | Posted on September 29, 2014
« Social Media and Effects on Divorce
Legal Separation or Divorce: What Are the Benefits? »