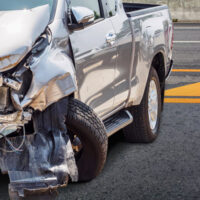 Legal Rights of a Passenger Killed or Injured in a Crash

If you or a loved one were a passenger in a car that was involved in a collision, and you suffered physical harm, death, or financial damages as a result, then you have the right to bring a personal injury lawsuit to recover for the harm that you have suffered. Who you recover from depends on who was liable for the crash. If another driver was liable for the crash then you (and the driver and anyone else harmed in the crash) can bring a lawsuit against the liable driver to recover. However, if you were injured in a crash caused by the driver of the car you were traveling in, you can still sue them for your injuries. All drivers have a duty of care to all other people on the road, including passengers in their own vehicle. If they do not follow roadway laws, such as by speeding, driving under the influence, or driving recklessly or negligently, they become liable for any harm that is caused as a result, including to passengers in their own car.

If you or a loved one have been injured or even killed as a result of an accident in the Kissimmee area that was not your fault, the experienced Kissimmee auto accident lawyers at Draper Law Firm are ready to help. Contact our lawyers today to schedule a consultation and find out how we will fight to get you the compensation that you are entitled to.