Have You Been Injured In A Florida Dump Truck Accident 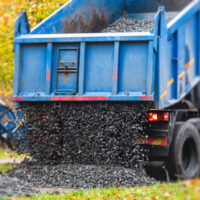 Dump trucks are a part of our daily life. We are used to them toting away our bins of trash and recycling a couple of times a week, as well as the long back-ups of traffic they can cause on narrow streets. However, you may not be aware how frequently collisions between dump trucks and other passenger vehicles occur. These collisions are particularly dangerous given that dump trucks can weigh over 15 tons, well over 12 times the amount of a standard passenger vehicle. It’s no surprise then that these accidents so often result in serious injuries, most commonly to the driver and occupants of the other vehicle.

There are many possible causes of dump truck accidents, but many happen on Florida’s highways. These accidents can occur due to a dump truck that is carrying too heavy of a load, or a load that is off-balance, causing the truck to tip over and block or collide with traffic when it turns or merges lanes. It is also common for dump truck accidents to be caused by negligent driving. Drivers of many dump trucks have been found to have been driving drowsy, distracted, or under the influence of alcohol or other drugs. Speeding or reckless driving can also cause or contribute to these accidents. Another common cause involves mechanical malfunctions or defective dump truck components. This can result in a dump truck going into “dump” mode on the highway which can cause multiple collisions and damage. It’s also important to consider that when a dump truck tips over, all of its contents can become hazardous to drivers as well. Many people suffer injuries and damage to their vehicles as a result of colliding with garbage released during a malfunction or due to negligence despite never actually colliding with the actual dump truck.

In order to have standing to bring a personal injury lawsuit for an accident that you were involved in with a dump truck there are some basic criteria that must be met. First, you must have suffered an injury as a result of the accident with the dump truck. This injury must have been treated by a medical practitioner and have resulted in financial damages such as medical bills and lost wages. It’s also important that you were not the main cause of the accident, and that your injuries were the direct result of the dump truck driver’s negligence. In many cases, the dump truck driver’s employer will also be able to be included as a liable party in the suit.

By Draper Law Office | Posted on March 16, 2022
« Strengthening Your Car Accident Claim
Do You Know The Leading Cause Of Motorcycle Accidents? »