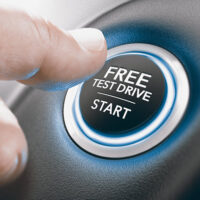 Car accidents happen all the time in Florida. Some even happen while test driving a vehicle.

This was what recently happened in Winter Haven. A woman was killed during a test drive. The fatal accident occurred on the evening of November 26.

A woman and her husband were test driving a 2023 Nissan Rogue. They were pulling into the dealership when the vehicle was hit by an SUV traveling west on Cypress Gardens Boulevard. The Nissan flipped over due to the impact. The woman, 76, from Davenport, was a passenger in the vehicle. She died at the accident scene.

The woman’s husband was driving the Nissan. The 86-year-old man suffered minor injuries in the crash. A salesperson in the back seat was not injured. The driver of the other vehicle also did not suffer injuries. Everyone was wearing seat belts.

What Happens if You Crash a Car During a Test Drive?

When you take a car for a test drive, are you worried about getting into an accident? If not, you should be. If you crash a car during a test drive, you could be held liable.

Generally, though, dealerships will take the hit for an accident involving a vehicle on a test drive. All dealerships must have fleet insurance, which covers all the vehicles on the lot. They have a policy that covers drivers who are operating one of these vehicles. Plus, if the dealership is trying to win the driver’s business, then they will usually cover the damages caused by a test drive accident, regardless of who is at fault. For significant crashes, though, both the driver and the dealership may be forced to pay up.

In some cases, there may be a waiver involved. Liability waivers protect the dealership in the event of an accident. You may have to sign one in order to test drive a vehicle. If you decide to sign it, make sure you understand that you are accepting responsibility for any damages you cause while driving the vehicle. You should check to ensure you have sufficient insurance coverage before getting behind the wheel.

Accidents can happen at any time — even during a test drive. That’s why it’s important to always be focusing on the road and making sure you understand the basics of controlling the vehicle before leaving the lot.

These cases can be complicated, since you don’t own the car. A Kissimmee auto accident lawyer at Draper Law Office can assist you with your car accident case. To schedule a free consultation, fill out the online form or call our office at (407) 743-6628.