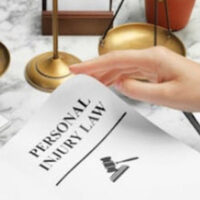 An 11-year-old girl, whose name has not yet been released, was tragically killed earlier this week due to suspected drag racing on US 192. A 17-year-old and 19-year-old, driving a Dodge Charger and a Kia Optima, have now been charged for the collision. Witnesses report that after dark, the Charger and Altima were seen driving at high speeds. The Dodge Charger failed to slow down for an SUV in its lane. The SUV was carrying two women and the 11-year-old girl. The Charger collided with the SUV, which hit the median and a warning sign. The Charger then hit a speed limit sign, causing debris to hit another Kia Optima. The SUV was almost completely collapsed by the impact from the Charger. The two women inside were transported urgently to local hospitals for serious and critical injuries, while the young girl tragically passed away at the scene due to the impact. Officers stated that drag racing has been an increasingly serious problem throughout the pandemic, and stated that they have been out in full force all year working to prevent accidents like this from happening. The officers emphasized that this accident is particularly tragic as it was “100% preventable.” The officers did not specify what the teenage drivers suspected of drag racing have been charged with, but it may be a number of serious felonies, including vehicular manslaughter.

What is a Wrongful Death Claim?

A wrongful death lawsuit aims to restore you to the position you would have been in financially had the accident never occurred. This can involve compensation for all medical expenses related to the accident prior to death, and all expenses related to the death, including funeral and burial expenses. If the decedent contributed financially to you or your family, such as a parent or spouse, a wrongful death claim can also allow you to seek reimbursement for lost wages, lost income, and lost earning potential. Pain and suffering are also available damages. These damages are non-economic, meaning they are not meant to reimburse an exact dollar amount. Rather, these are punitive damages, intended to punish the offender for the reckless conduct. There is no cap on these damages, and they often extend into the millions.

If a loved one has been killed due to the recklessness or negligence of another person, the experienced Kissimmee personal injury attorneys at Draper Law Office are here to help support you through this process and help you get the compensation that you deserve. Call today to schedule your free consultation.

By Draper Law Office | Posted on May 11, 2021
« May is Motorcycle Safety Awareness Month, Let’s Share the Road – Safely!
Stay fit and stay healthy, enjoy the beauty of a nearby Kissimmee Trail »