Are you the parent of a teenage driver? We know all too well the special hell you must be going through right now. You barely trust them to do their homework, and now you’re supposed to let them drive? But this is that age, isn’t it? When they’re supposed to start spreading their wings as they prepare for adulthood (and college) without dear ol’ Mom and Dad there to bark reminders over their shoulders. 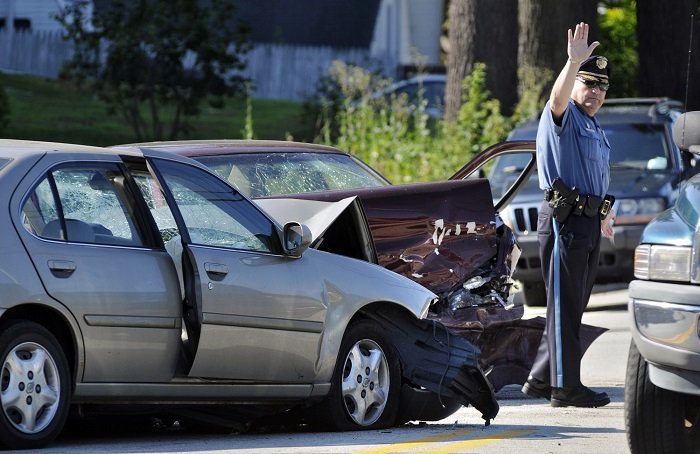 But when it comes to driving, it’s different because they’re directly in control of their safety, the safety of any passengers, and sometimes the safety of other drivers on the road. The reality is… you’re right. Teens don’t have the years of experience you have, and may not only lack the practical experience to deal with certain types of driving dangers, but they may also make poor decisions… or even fatal ones.

A report by the Governors Highway Safety Associations shows the total number of nationwide deaths among teenage drivers has skyrocketed a whopping 19 percent during the first half of 2012. How do you prevent your teen from becoming a statistic?

Teach them the right attitude

Call it a folly of youth, but surely you can remember how invincible you felt when you were that age. If you went back in time to have a chat with yourself at 16-year-old, do you think you (as a teenager) would just be glad to know you (they) were alive? That you had a good job or a nice family? No; they’d be horrified at how old they’d gotten.

It’s not that teens don’t understand death; it’s that they seriously doubt it will happen to them. Many even have the same attitude toward serious injury. That kind of stuff happens to other people. When you add to that the fact that teens think they know it all, it’s a dangerous combination.

Teens need concrete examples of what really could happen. As morbid as it may be, you need to constantly remind them of the risks, preferably not when they’re driving (that’s another distraction). It’s helpful to show them specific examples of traffic accidents in your area, especially those leading to serious injuries or death. Include other teen drivers as much as possible, but don’t ignore adult drivers. They may learn just how dangerous a certain road is if nothing else.

Make sure they get real experience

Everyone says they want their kids to have experience driving, but many fail to make sure they have the right kind of experience. Relegating their driving to backroads and known routes helps them learn to steer, but it doesn’t teach them how to deal with real-life situations. You don’t want to throw them on I-4 during rush hour in the first few weeks, but you can gradually build up to more challenging situations. If you do that, not only are they safer, but you know that if they do have to get on the highway during a busy time of day, they’re equipped to deal with what happens because you’ve seen them do it.

Make sure they avoid distractions

Texting while driving is actually just as dangerous as driving while intoxicated. Check out www.itcanwait.com and have your teen sign the pledge, but take it a step further and sign it yourself. Then abide by it, even when your teen isn’t in the car.

If the call is that important, you can pull over. If you need to eat, you can buy something quick and scarf it down in the parking lot. Modeling good behavior for your teen shows them you really mean what you’re saying. Teach them to keep their phone where they can’t reach it to avoid temptation. Make sure you take time each week (an hour or so at least) when no one in the family can address an email or text message. And remember, making an exception for yourself “because it’s work” just teaches them they’re allowed to set the rules and make exceptions for themselves, as well.

Has Your Teen Been Involved in a Car Accident?

The good news is that teen accidents are going down in Florida due in large part to active programs designed to do just that. But if your teen has been injured or killed in a car accident you believe is another driver’s fault, please call the Draper Law Office at 866-767-4711 or contact us online to discuss your options. The consultation is free, and there’s never any obligation.

By Draper Law Office | Posted on August 11, 2014
« 5 Tips If You're Injured at a Concert or Music Festival
High Rate of Florida Pedestrian Accidents Requires Caution »